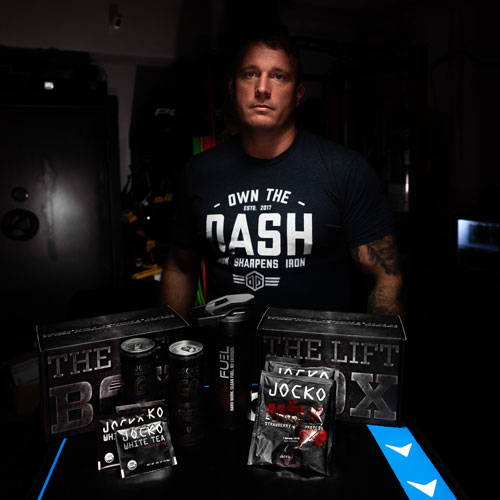 The Lift Box, the nation's premier fitness subscription box, has announced an exclusive partnership with Medal of Honor recipient Dakota Meyer and his fitness company, Own The Dash.

Since the conclusion of his decorated career in the U.S. Marines, Meyer has found success as an entrepreneur, author, motivational speaker and fitness expert.

His growing reach in the health and fitness realm includes his own training app and a signature energy drink, among other things, and all of those pieces have come together to make the June 2021 edition of The Lift Box unlike any other.

The collaboration is Meyer-inspired and also includes great products from fitness-industry powerhouse, Jocko, which produces Meyer's signature drink. At the helm of Jocko Fuel is retired Navy SEAL Jocko Willink, who also has found success in a variety of areas and businesses.

The all-military collaboration continues the tradition each entity has established in supporting other veteran-owned businesses, and Lift Box subscribers will get to enjoy some amazing products and messages.

Meyer's newest endeavor, Own The Dash, is about inspiring and empowering people to take ownership of their own lives and give back more than they take in the world.

Simplified, the explanation the company offers is this - you're born, and you die. Owning the dash is about making the absolute most of the dash between those two dates and dominating every day.

The 32-year-old Meyer doesn't just preach and teach. He embodies the things he teaches, using each day and opportunity to help make those around him better.

Sure, he has dealt with challenges and darkness in his life, but overcoming those things and moving forward, even using those experiences to help others find their way, is part of the foundation of what he does. He shares the things that drive him to be better and live a fulfilling life for him and his daughters.

As Own The Dash continues to develop and grow, it is becoming a destination, a community, where like-minded people can work together to support and inspire each other, while continuing to help others improve the quality of their own lives and those around them.

The biggest emphasis of Own The Dash is on fitness and training, things that long have been important to Meyer. So, while the self-improvement can be internal at times, the physical components and discipline are significant.

One major piece of the Own The Dash campaign is a training app that gives people the tools and structure they need for change and progress, while an online community is there to offer additional support and motivation.

The program is built around practical exercises and routines that require minimal equipment. The exercises are adaptable.

Among the items in the June box will be an Own The Dash T-shirt and a special trial of the Own The Dash app, which will allow subscribers to put their supplements and accessories to great use, while learning what Meyer and his program are all about.

The box also will include a 12-ounce can of Meyer's sugar-free Dak Savage energy drink, a variety of supplement samples from Jocko (pre-workout, protein and white tea) and an exclusive shaker bottle to commemorate the collaboration.

More on all the specifics later. Let's learn about Meyer!

His selfless, life-saving efforts in the Battle of Ganjgal in September 2009 earned him international attention and eventually the Medal of Honor, the nation's highest award for valor (great courage).

Sharing the stories of those experiences helped Meyer become a best-selling author with his book "Into the Fire: A Firsthand Account of the Most Extraordinary Battle of the Afghan War."

Also a recipient of a Purple Heart, Navy and Marine Corps Commendation Medal and the Navy, Marine Corps Achievement Medal and other accolades, Meyer shares openly about the things he experienced as a Marine, their effects on him, the things he's dealt with because of them and how to move forward successfully.

Beyond his writing, motivational endeavors and Own The Dash, Meyer also owns and operates Flipside Canvas, which produces high-quality canvas wall art that is bold, inspirational and patriotic.

To become a Lift Box subscriber, click the link below! 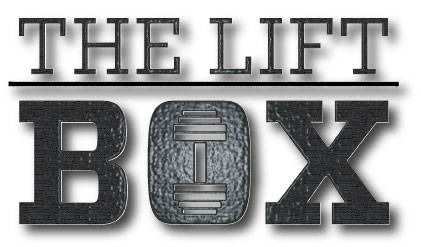