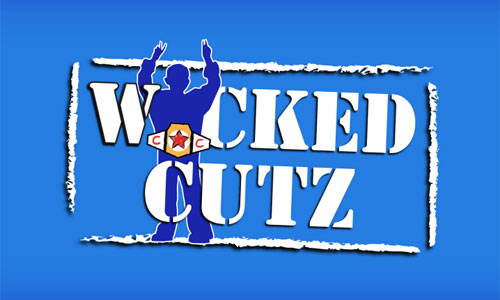 and the V Foundation

Wicked Cutz Jerky, a longtime partner of The Lift Box, has joined the fight against childhood cancer and recently announced an initiative to raise and donate valuable monetary resources to this cause.

Wicked Cutz will be partnering with WWE, Connor's Cure and the V Foundation on this critical endeavor.

Stephanie McMahon and Paul "Triple H" Levesque founded Connor's Cure to honor the life of a very special little boy, Connor Michalek, an 8-year-old wrestling fan who inspired the universe through his battle with medulloblastoma.

Through their partnership with WWE and The V Foundation, Connor's Cure is dedicated to raising funds and supporting the ongoing research into new agents for innovative therapies for kinder treatment and ending pediatric cancer.

Over 400,000 children worldwide are diagnosed with cancer every year, and in the United States, it is the leading cause of childhood mortality.

Wicked Cutz believes that even as strong as these little warriors are, they need and deserve all the support that can be collectively provide for the impending battles they must face.

The Wicked Cutz team was so moved by Connor's story, and by the generosity of their friends at WWE and Connor's Cure, that they were inspired to join the fight.

As partners with the V Foundation, Connor's Cure has teamed with Wicked Cutz Jerky to create a new flavor of BBQ Bacon Jerky.

All proceeds from the sale of the exclusive flavor will be contributed to the V Foundation and Connor's Cure to ensure the continuation of the research needed to help end childhood cancer.

"Children are our future," Wicked Cutz said in its news release. "We must fight to ensure every child has the chance for a bright future, full of hope and opportunity." 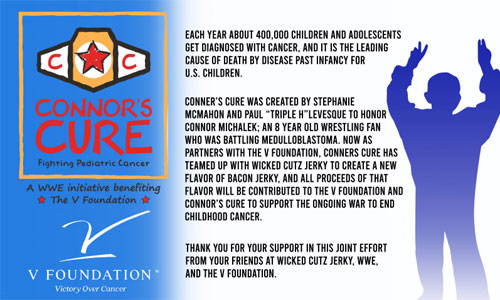